From The Big House Museum….
In 1969 a revolution was launched from the streets of Macon, consisting of guitars, bass, keyboards, drums, and a uniquely spirited brotherhood. The revolutionaries of record were the Allman Brothers Band, who, as the founders of what became known as Southern rock, changed the course of popular American music and turned Macon into the recording hot bed of the 1970s.

Find everything Allman Brothers Band at AllmanBrothersBand.com and at TheBigHouseMuseum.com. 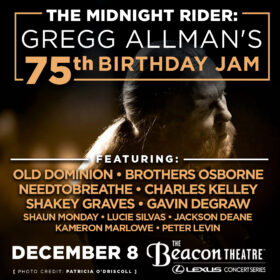