On this day in 1971, The Allman Brothers played the last show at the legendary Fillmore East in New York City along with The J. Geils Band, Albert King and special surprise guests Edgar Winter’s White Trash, Mountain, The Beach Boys, and Country Joe McDonald.  47 years later, the Allman Brothers shows at Fillmore East are among the most iconic in the band’s history.  Fillmore East promoter Bill Graham referred to the band as “the best of them all” as he introduced the final band on the final night of the legendary concert venue.

“Over the years that we’ve been doing this, the introductions are usually very short and this one’s going to be short but a little longer than usual.  The last few days we have had the privilege of working with this particular group. In the past year or so we’ve had them on both coasts a number of times. In all that time, I’ve never heard the kind of music that this group plays. And last night we had the good fortune of putting them on stage at about 2:30 / 3 o’clock and they walked out of here at 7 o’clock in the morning.  It’s not just that they played quantity, and for my amateur ears, in all my life I’ve never hear the kind of music that this group plays.  The finest contemporary music.  We’re going to round it off with the best of them all, The Allman Brothers.” – Bill Graham

The set from that last night was released as the second disc of the deluxe edition/remastered version of their Eat a Peach (1972 and 2006) album.  And in 2014, a six-disc set, The 1971 Fillmore East Recordings, featured the Allman Brothers Band’s shows at the Fillmore East from March 12 & 13, 1971 and their performance on the venue’s final night of June 27, 1971. 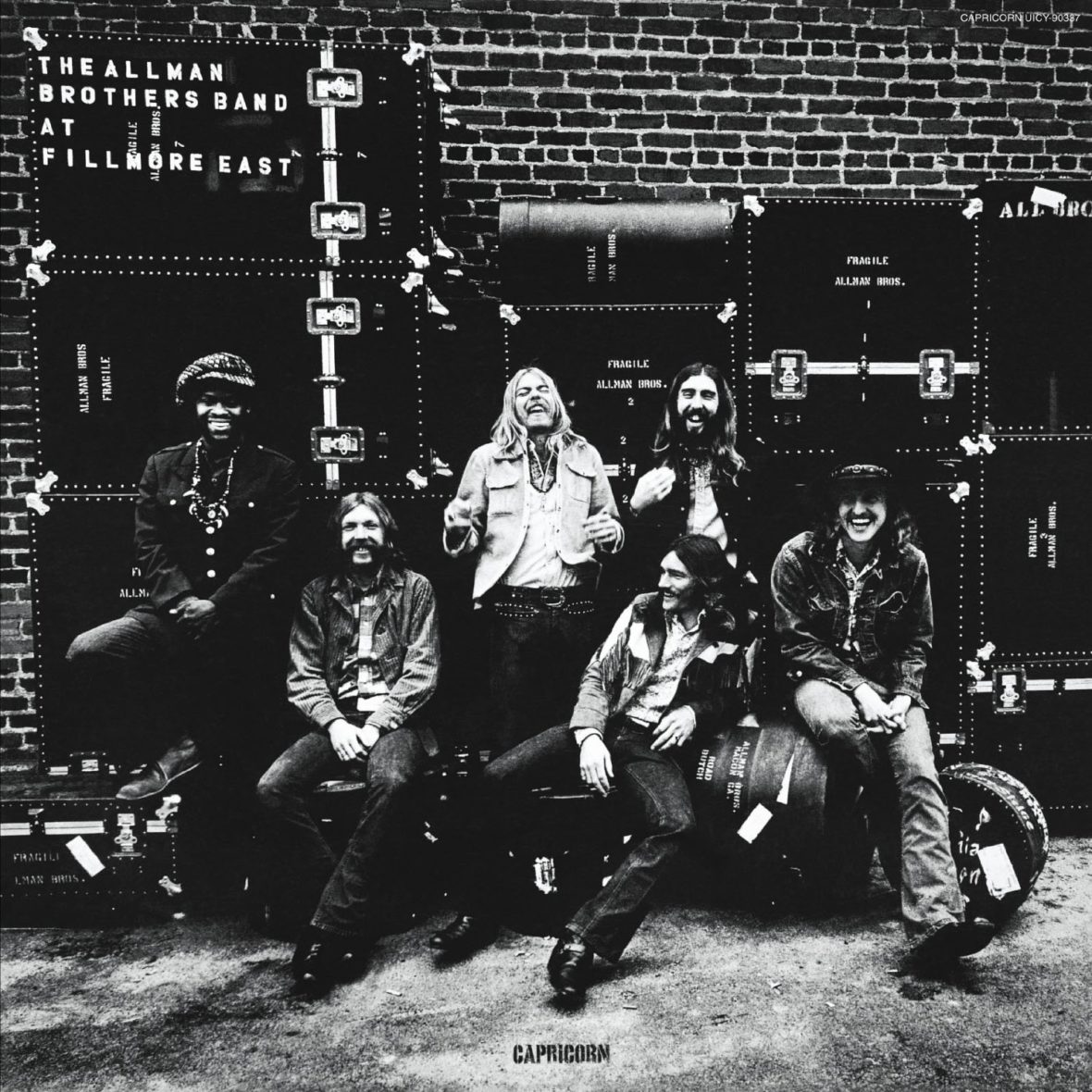 A personal recollection of that last show, originally published in Hittin’ The Note Magazine, can be found here on DuaneAllman.com.  Rowland Archer was there and talks about “The Holy Grail of Allman Brothers Band shows.”

In 2016, Rolling Stone Magazine spoke with the band to discuss how those shows came together, and why they’ve endured in the minds and hearts of so many rock fans for nearly five decades.  Gregg said, “The Fillmore was originally an old Yiddish theatre built back in the Twenties, and it had a great vibe to it, man. The acoustics were nearly perfect in there. It had nice sight lines for the fans, and I think it held about 2,000 people or so, which was just right. The Fillmore East became a regular stop for us. It was like we had almost become the house band or something.”  Read the entire article here.